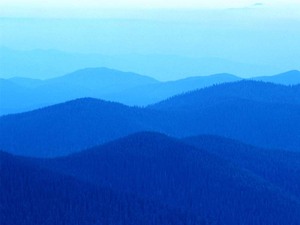 Women who are married or who have stable partners appear to sleep better than women who have never married or lost a partner, according to research from an eight-year study presented at the Associated Professional Sleep Societies annual meeting. They also found that marital happiness lowers the risk of sleep problems, while marital strife heightens the risk.

Although married women overall slept more soundly than unmarried women, the researchers, from the University of Pittsburgh School of Medicine, did identify a “newlywed” effect. Women who were single at the start of the study but gained a partner had more restless sleep than women who were already married. The researchers speculated that newly married women were less adjusted to sleeping with their partner than those who had been married longer.

The study included 360 middle-aged African-American, Caucasian and Chinese-American women who had taken part in the Study of Women’s Health Across the Nation. Researchers used in-home sleep studies, activity monitors to track sleep-wake patterns and relationship histories to look at the effect stable marriages, unstable marriages and marital transitions, such as a divorce, had on sleep.

Another small study of 29 couples found that on a daily basis, the quality of a couple’s relationship and the quality of their sleep are closely linked.

In that study, from the University of Arizona, 29 heterosexual couples who shared a bed and did not have children completed sleep and relationship diaries for a week. The results showed that when men get better sleep, they are more likely to feel positive about their relationship the next day. And for women, problems in the relationship were strongly associated with poor sleep for both themselves and their partner.

Brant Hasler, a clinical psychology doctoral candidate at the University of Arizona, said the data, although preliminary, suggest that couples experience a “vicious cycle” where sleep affects their relationship and the relationship then affects the subsequent night’s sleep.

“Sleep research has focused nearly entirely on the individual, and this research underscores the importance of considering the effects of, and consequences on, the bed partner,” he said. “These effects and consequences are particularly notable given that sleep is increasingly sacrificed in the modern world. This research provides preliminary evidence that our sleep not only influences our own psychological and physical health, but can also impact that of the ones we hold most dear.”

The data from both studies suggest that sleep and relationship happiness are closely linked. The lesson for couples, especially those who are struggling with problems, is that paying attention to sleep habits may help solve other issues in the relationship. Dr. Hasler said couples should work to resolve problems before bedtime and avoid discussing difficult topics when one or both have not slept well.